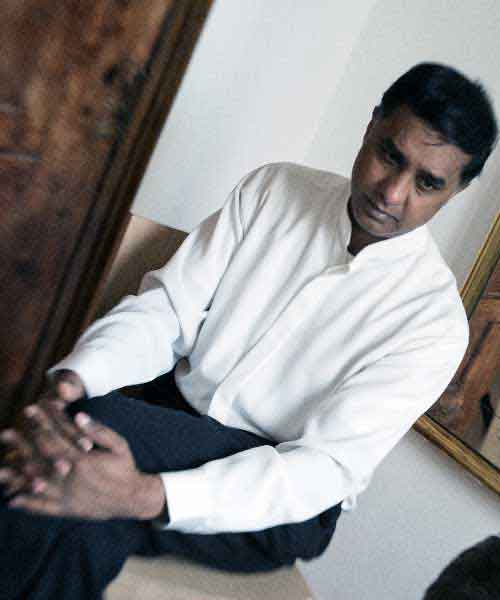 “Pillai does an excellent job and his remarkably sweet tone remains so in the face of every obstacle. His handling of the solo part is clearly articulated, almost spoken, with none of the all purpose phrasing one often hears in this repertoire.”

"He pushes the limits of expression in this work and medium"

"Pillai began with Kodaly´s astonishing Viola transcription of Bach´s Chromatic Fantasy played with a combination of bravura and emotional intensity which drew a truly justified response from the audience..glorious viola tone"

"They do well to probe so deeply into this elusive, oblique musi"

"A radiant display of youthful talent... he played with minute control and imaginative projection"

Balada
Most composers are Most composers are lucky if their rrorks receive a handfrrl of recordings. Thanks to Naxos, the music of Leonardo Balada is more than generously preserved, from chamber pieces to operas. The focus on the newest disc of Balada creations is music for winds, brass and percussion, with concenos for piano, cello and viola prominendy featured - and experdy played by the Carnegie Mellon 141nd Ensemble. @alada has been a faculty member at Carnegie Mellon University in Pittsburgh since 1970.) The repertoire represents the Spanish-born American composer in many phases of his career, from electronic and avant-garde sources to neo-classicd inclinations. The elecrronic element is a subde inspkation in Cumbres ('Heights'), a l97l 'Shon Smphony for Band'in which clusters play a large role. Balada has a gift for instrumental layering and chatter, and he takes the players to extremes of range and dynamics with almost gidd;r modernist delight. He is in a playful mood in the Concerto for piano, winds and percussion (1973), whose soloist - here the crisp, expressive Enrique GraF- enters into animated and Chopin-like dreamv conversation with his colleagues. The earliestwork, the Concerto for cello and nine plavers (!962, rev 1967), embraces the solo instrument's profound character while also taking into account its nimble possibilities. Four decades later, the Viola Concerto (2009-10) places soloist and ensemble in a cavalcade of vibrant interactions. David Premo and Ashan Pillai, respectively, do the solo honours in these work.

"A young virtuoso of high calibre"

"You cannot fault the playing......a lot of style and assurance"

"The Violin Concerto is a much later work and here it receives its world premiere recording, with the challenging solo part brilliantly played by Ashan Pillai. All of this music is challenging for listeners as well as musicians, presented to perfection here. An important issue. Thank you once again, Naxos! © 2015 ClassicalCDReview.com Read complete review"

"The Spanish-American composer is fortunate to have a record label acting as an unstinting champion of his vast range of music from opera to solo piano works. However…this new release…concentrates on a particular part of Balada’s career when he encountered experimental electronic music in New York in the early 1960’s. I suppose his message was ‘anything you can do with synthesizers, I can do with conventional musical instruments’. The result, to say the least, is fascinating, as if robots had been given a living heart. Cumbres, written in 1971 for wind band, brings free flowing sounds interacting with chugging staccato chords that propel the music forward with considerable virtuosity. The mood continues in the Piano Concerto from 1973, the keyboard and orchestra, to quote the composer, ‘more often than not at odds’. The soloist is almost in perpetual motion, the element of electronic influence adding a thumping bass accompaniment, though the keyboard role, with its spiky brilliance, has its roots in early 20th century French music, and is ideal for the dexterity of the American pianist, Enrique Graf. The Cello Concerto, originally completed in 1962, is in a three-movement structure when the composer was closely associated with Stravinsky’s neo-classical period, the cello part, for much of the work, being part of the general texture. By the time of the Sonata in 1979, the electronic period had initiated Balada’s experiments in related sound textures, the only work from the present century coming with Ashan Pillai’s brilliant account of the short one-movement Viola concerto completed in 2010, by which time Balada had returned to a modern tonality. The remarkably gifted musicians from the Carnegie Mellon University play this extremely demanding music with total confidence and enviable commitment, the 2010–11 recordings being of excellent quality. © 2015 David’s Review Corner"